How do you get more users?

The developers' advertising strategy has not changed. They spend thousands of dollars on Google and Facebook ads. This is why developers with smaller budget cannot compete with larger companies. In the following, we show a new and more effective way for advertisers with low budget. 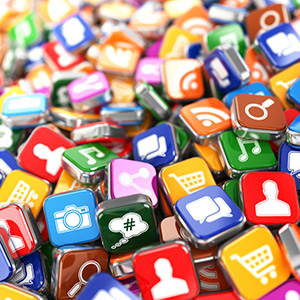 Most developers make mistake of spending all of their budget on ad campaigns via Google Ads, Facebook, or Twitter. Once they spent their entire budget, they will find that the traffic will drop to the time before the ad campaign. It is also a bad attitude strategy to hope that the money spent on campaigns will be returned from user by ad views and in-app purchases. This is called ROI (Return Of Investment) which is rarely done by ads.

How can I profit from applications?

1.) This question is the most important for all developers, as there are only few who spend their time and money just on hobbies to build applications. They are trying to find the Holy Grail that can make them rich. The first and most important thing is to create an application that encourages the user to use it for as long as possible. To do this, it is essential to give your user an above-average feel in terms of function and appearance. So you need a good application that the user keeps, not immediately uninstalls. If you have it, you can get to know the app, otherwise you’re just wasting your time and money.

2.) Once we have a great application, we can start building our user base. Unfortunately, no matter how good our application may be, it won’t get into the hands of thousands of users automatically right away. It will be at the bottom of the list, no one will know about its existence. That’s why you need to advertise to let your target audience know about the existence of your app. As mentioned earlier, most developers make the mistake of spending all their wealth on Google or Facebook ads, so they can drive traffic to their apps for a while, but the traffic drops significantly after the campaign stops. We need some other solution that brings continuous organic users. We will discuss this in the following.

A better strategy to achieve the goal

The key to a profitable app is users who view ads or make in-app purchases. How can we get as many users as possible? One way has already been mentioned, but it is very costly and in most cases does not bring back half of the money invested. The best way to profit is to not buy users, but to get them for free. If we choose our advertising strategy carefully, we can gain a lot of organic users after advertising. This is not possible with Google or Facebook advertising. It’s not possible with the ads they provide because apps get only a small change in organic rankings. That’s why we need some kind of tool that helps in ranking so more users can find our application in an organic way.

How can we increase the ranking of applications?

In most cases, the so-called ASO (App Store Optimization) is recommended, which usually means the appearance of the application icon, or the keywords in the title and description. While these are useful and necessary, they do not bring much change in the ranking of applications.

You need a better tool for this, namely keyword installations. Many developers have not heard of this great opportunity that can quickly bring organic traffic to applications. Keyword installations are done by the user typing the keyword into the search and then selecting the application from the results list by icon and name. This method will bring great results in the ranking in just a few days. Ranking is determined by the number of keyword installations, keyword strength, and competition.

It is important to buy keyword installations from a trusted company because there are those who give BOT installations instead of real users which can harm the applications.