So you just created your Android app. After months of die-hard coding, you and your team are ready to launch. But there’s one more thing you still have to figure out…

How will you promote your Android app?

Trying to figure out how to get your app to the marketplace doesn’t seem like much of a concern to most Android app developers. Most developers believe that because their app is good, people will automatically flock to it. It will blow up. There will instantly be millions of users, and you’ll be popping champagne, and cruising in a Rolls-Royce in no time. However, this is far from reality.

In fact, only 1 in 10 Android app developers even publish their apps. And those who do publish their app often struggle to market it on the Play Store. The quote, “If you build it, they will come,” is unfortunately what most app developers have ringing through their mind when they’re creating their masterpiece product. But there is so much more to marketing your app than simply creating a good product.

Figuring out how to promote android applications is no walk in the park for any developer. It requires a whole new set of skills on top of you and your team’s ability to create beautiful code. What you really need to do is to think like a business, not a product. Your product may be great, but unless you can get it into the user’s hands, you’re toast.

So what are the main methods for android app advertising?

There are a few different business models you can choose from when you need to promote your Android app. You can use cost-per-mile (CPM), cost-per-click (CPC), cost-per-action (CPA), or cost-per-install (CPI). Among these models, there is 1 that stands alone as an efficient business model, as it provides the most accurate acquisition format based on the numbers. It’s CPI, or cost-per-install. The reason CPI is so good is that it allows you to measure an accurate return-on-investment (ROI). Buying app installs is the best way to promote android applications since you can very easily measure the success of your marketing money. It also allows you to grow your user base very quickly and make sure they are high-quality users. Since the beginning, when the two main app ecosystems, Android and iOS, first launched, user acquisition has been the biggest challenge for developers. The main issue is app discoverability. In other words, trying to get your app found by your ideal users is extremely difficult.

Thankfully, the pay-per-install method was created as a solution to this problem, allowing app developers to buy app installs in bulk. According to Business Insider, sales from app install advertising methods increased from $3.6 billion to $4.7 billion between 2014 and 2015. This number continues to rise, and Business Insider also predicts by 2020, sales from buying application installs will rise to $7.1 billion. These numbers prove that buying application installs is one of the most effective models to promote android applications.

Why should you promote Android app by buying installs? 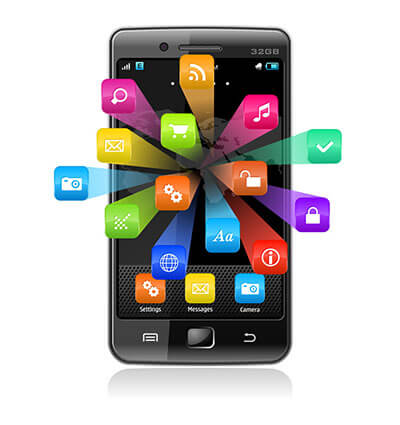 The reason many developers fail to get their app, which is their prized-possession to the marketplace, is because they aren’t using their marketing efforts effectively. Many app developers try content marketing, blogs, videos, influencers, giveaways, or try to tell as many of their friends as they can. But most of these efforts go unnoticed and hardly allow any visibility in the Google Play Store. Android app installs works as a double threat. For one, you’ll be able to get your app into as many hands as possible. But the more important benefit is that you’ll now have a large user base to collect data.

Why does data matter?

When you’re bringing in a user-base slowly, it’s hard to tell what’s really going on inside the minds of your users. Do they like these features or not? Why are install numbers staggering? How much should we be spending on ads? What is the profit per customer? Without enough users, you’re left in the dark. But when you buy app downloads, you get a huge user base very fast, which can provide you with accurate data based on how users interact with your app:

These are a few of the data points you can measure when you have enough users early on. The more users you have, the more accurate data you’ll have. And the best part is, when you have accurate data, you can measure key marketing metrics like retention, engagement, average revenue per user, and customer lifetime value. The most important piece of data you need to understand as fast as possible is:

Once you understand that, you can then scale your app even more through buying more app installs.

How can you promote Android apps by scaling app downloads?

This is where it gets exciting. You have to remember that even if you have the best app, people won’t use it if it’s stuck on the bottom of the page in the Google Play Store. Once you buy installations in bulk, you will have a large user base. From that large user base, you’ll have a ton of data. You’ll understand how much revenue you make per customer. This is the reason that Business Insider shows estimated revenue from app downloads of over $7 billion in 2020. It’s the reason successful app developers are taking off. When you can generate a large user base fast, you’ll be able to gain reviews, revenue, and climb the rankings when you launch. But, best of all, app installs give you the data to receive an accurate return on investment, making it possible to scale profitably.