Advertising worldwide or in targeted countries?

Every developer must decide in which country to advertise their applications. Most of the developers target countries from which most revenue is expected. This is also called the return on investment (ROI). In what follows, we will talk about the pros and cons of targeting countries.

If you want to advertise an application that is designed for residents of a country, advertising in that country is usually ideal. But this is not as simple, as there are still people of the same nationality around the world that we want to reach. For example, in the case of a French-English dictionary, France should be targeted mainly, but there are still millions of French people living in other countries who also need to be reached. The app determines what kind of target audience we can have. Therefore, it is worth translating into as many languages as possible so that we can offer a larger audience to download the app. Country targeted keyword installations are more effective, so ranking is more effective with less installations. For example, if someone specifically wants to reach first place in United States with a particular keyword, it's best to target United States, but with worldwide targeted installations can help you increase and maintain your keyword rankings. Have you ever been in a situation where your application is stuck in a position for a keyword and no longer moved forward in the rankings? This is because you only advertised the app in that country. The algorithms of Google Play and the App Store take into account the popularity of the application in each country separately, so rankings achieved in the countries reinforce each other. 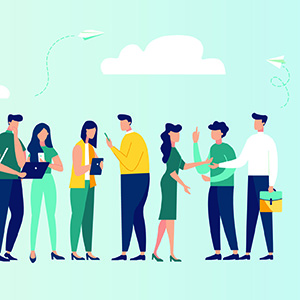 If the app is available in all possible countries and your goal is to reach as large an audience as possible, targeting worldwide is definitely a good choice. Many developers make the mistake of targeting only the richer countries, so very difficult for them to prevail because of the competition. Although 300 million people live in United States, most of them use iOS devices, so the Android market is just a small slice of the cake. For example if you target India, you can reach more than 1 billion people, most of whom have Android devices. In addition, worldwide targeting is more cost-effective, allowing you to get more installs from your budget. Depending on the service and price package, we offer worldwide targeted installations 25% - 45% cheaper.